The Class AA quarterfinals are in the books! Let’s see who has the best uniforms from Thursday.

If you missed the Class A Rankings, you can find them here. 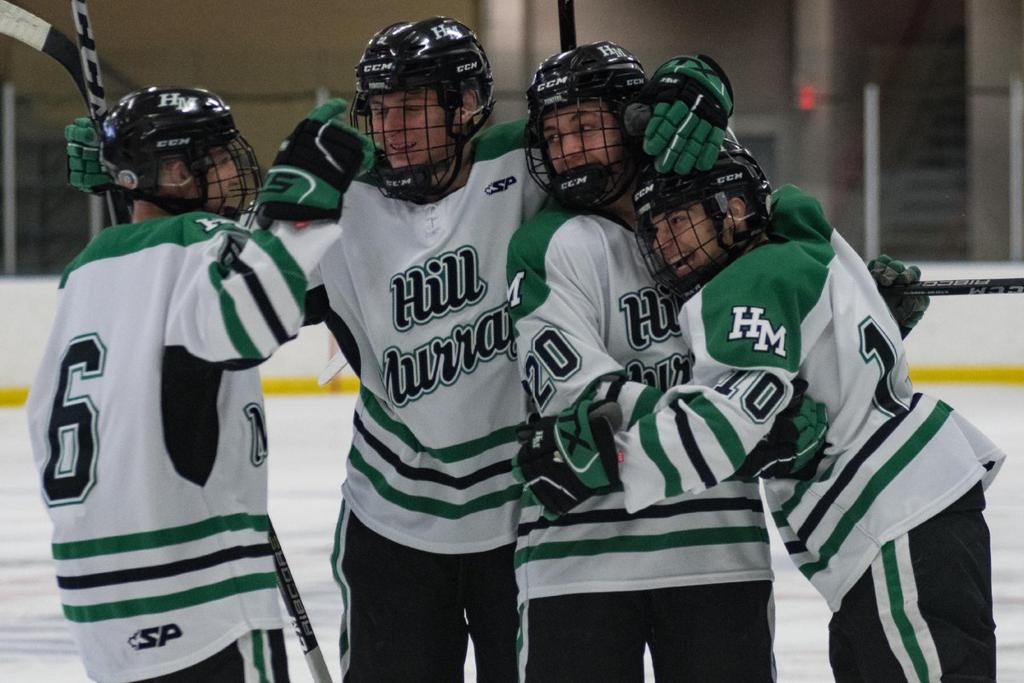 The Pioneers finally ditched the all black with green trim reebok edge jerseys, which were not pleasant on the eyes. While true, the road uniforms that replaced them are an upgrade, there is still a lot going on there. The green shoulders/helmets are just a bit much and then add in the fact there are more green stripes on the sleeves and you just have too much of a secondary color on the uniform. Home jerseys are not bad, but the black armpits…yikes.

Honestly, too many teams are rolling with the stripe across the chest. Minnetonka incorporates that into both jerseys with different crests for each uniform. The road jerseys just feature way too much white – between the shoulders and many stripes on the sleeves – as you could almost confuse it for another home jersey.

High marks for the Knights’ home jersey. Really one of the better ones in this tournament. It has a little bit of a classic Buffalo Sabres feel to it, and the Knights crest is a great touch.

However, the road jerseys that we saw in Thursday’s quarterfinals are, well, something. The white stripe with yellow trim across the chest is a bit much. As we went over during Wednesday’s games, there is a thing as too much yellow which STMA hits here. If the crest had some blue to it, this might be better. But the yellow just doesn’t mesh well with the white behind it.

In just under 48 hours the Cougars will face off against St. Thomas Academy in the biggest game of their lives.

The whole community is behind them…#RollCougs 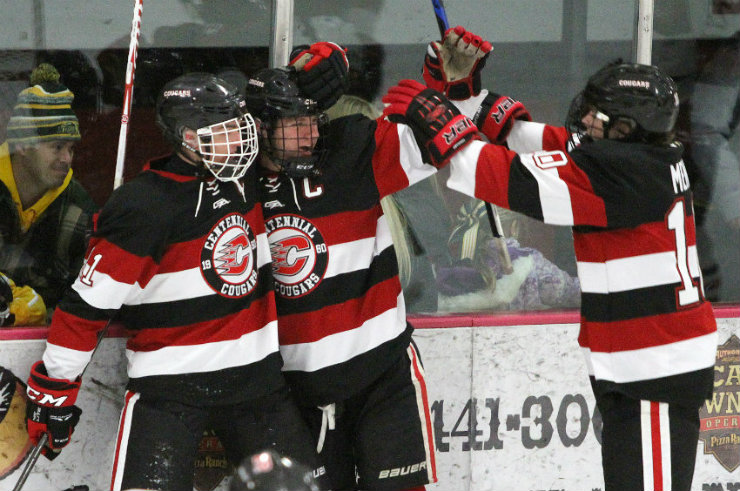 Carter Wagner.. Business in the front, party in the back! #TheTourney18 pic.twitter.com/dNCrPqBFfx

As we saw in Thursday night’s quarterfinal, Centennial went with their alternate jerseys from Hockey Day Minnesota. They are the best out of the bunch, as the throwback look is a great touch.

The home jerseys feature the black ‘C’ that everyone is familiar with, along with the black trim. Road uniforms give a bit of a nod to the Ottawa Senators throwback jerseys, but the extra set of red and white stripes at the bottom really kill the look.

Not a bad set from Centennial.

Congratulations to Hounds forward Ian Mageau! He made the National Development Camp for the top 200 players in the nation for his age group! pic.twitter.com/VCcuCmp93T

The iconic ‘HOUNDS’ that ran diagonally down the home jersey is gone, and in its place is a very sharp Duluth East Crest that has a resemblance to the New York Rangers logo. If not for the extra striping on the shoulders, this would be one of the finest uniforms in the tournament.

Love love love what the road jerseys have become. Black with little red trim and a cursive ‘Duluth East’ across the front. The cherry on top is the greyhound in the top right. Very good touch.

🚨🚨Cadets have the regular season finale tonight in Lakeville @LNHSboyshockey 🚨🚨 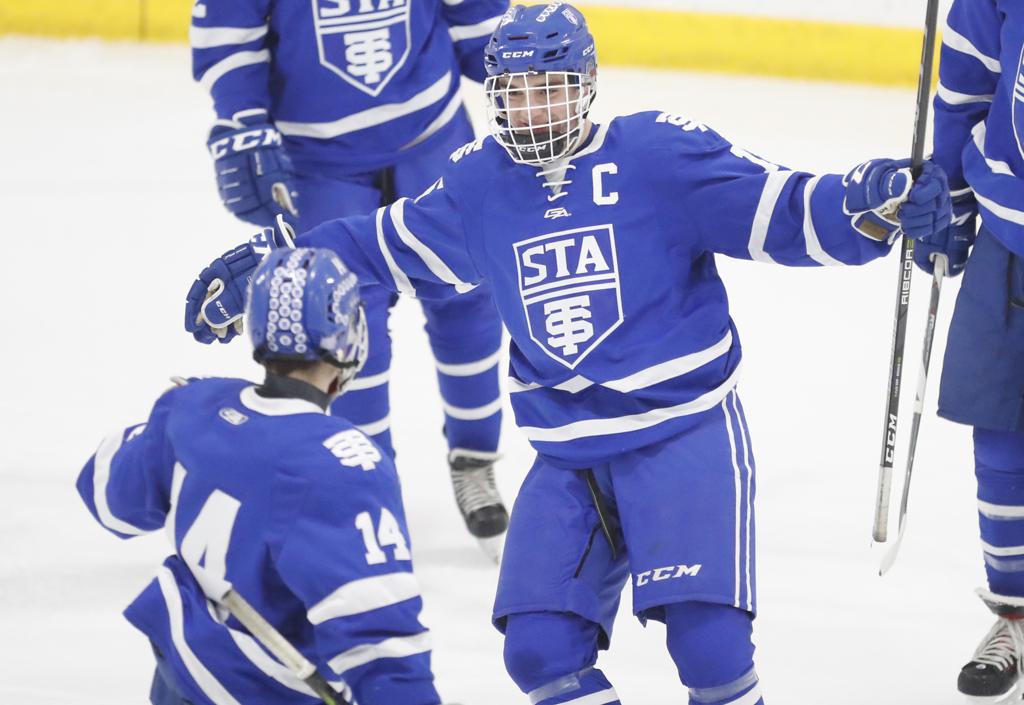 This is exactly what you would expect from a military academy – straight to the point. No fancy stuff from the Cadets here, as they rock solid uniforms across the board.

Just in on our You Tube: We have compiled video clips of the last seconds of Section 1AA Championship along with a post game celebration and the awards ceremony. https://t.co/2hh8T8hCou pic.twitter.com/WEGnIyKESR

Much like the Monticello Moose in Class A, Lakeville North takes a page from the Chicago Blackhawks jersey playbook. What makes them great, is that they went with a Quebec Nordique looking crest to signify ‘North’. This look will never get old.

Title of pic – The Stache pic.twitter.com/qXzMPedYzU 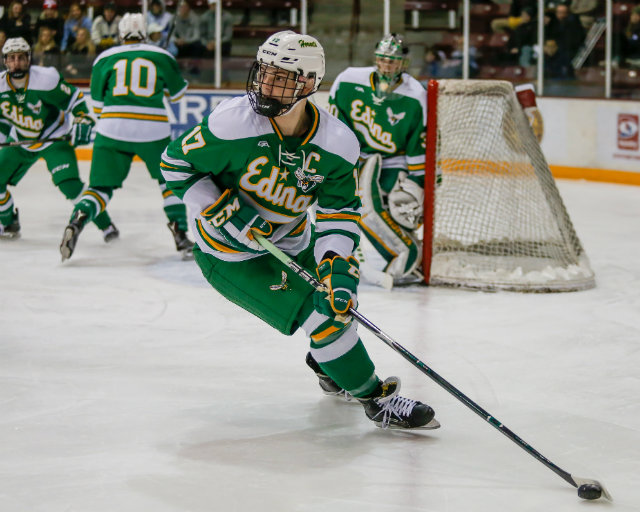 This is just an iconic look, no matter how you feel about the Hornets. What is even more impressive is that Edina has left it alone during notable jersey eras like the 90s and the Reebok edge days.

Edina gets the most flak in the tournament every year, but they are always a well-dressed bunch. You have to at least give them that.