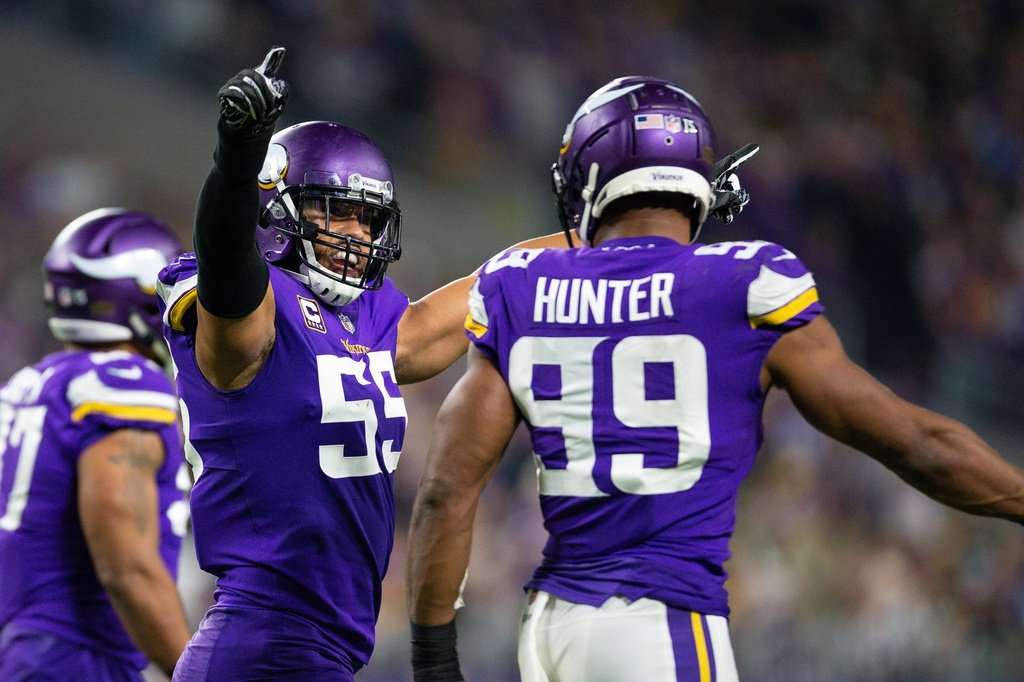 Have you heard the fabled tale of Mike Zimmer’s odd-numbered years? Well, legend has it that every odd year, Zimmer exceeds expectations, and every even year, Zimmer’s Vikings drop the ball, so to speak. Well, it’s an odd year, and Zimmer is looking to keep the trend going for at least one more year (fingers crossed).

It’s like a timeshare. One family gets odd-year usage, and the other gets even. This just happens to be about the Vikings winning and losing under Zimmer. I don’t have a timeshare, so don’t quote me on that.

Here is a breakdown of the phenomenon since Zimmer’s hiring:

Is it just a coincidence? Probably, but for the sake of the offseason and my hopes for next season, I’m going to consider it a law of nature. And Zimmer’s defense is primed for a return of form.

Zimmer can’t be blamed for injuries to his defense, and that led to one of his worst-performing units in his head-coaching career. Already there should be an improvement with the return of many of those players, and the offseason additions should complement them.

Xavier Woods is set to take Anthony Harris’s spot at safety after a lackluster year last season for both players. Woods had the worst career season, per PFF, and Harris had his worst since 2016. PFF rated both within 1.2 points of each other. So, at worst, this is a lateral move. But Woods has already been getting talked about during OTAs.

Woods would bring the play style of Andrew Sendejo back to Minnesota. A hard-hitting safety that can sometimes get caught up being too aggressive. The thing is, he’s also a playmaker and is already showing that before preseason begins.

Xavier Woods’ ball skills were on display today at Day 4 of #Vikings OTA’s.

You can tell he’s taking pride in mastering the playbook. He was reacting without second guessing which showed up in Team drills & 7v7’s. He’s going to be a huge addition to the purple in 2021!

Staying in the secondary, how about the addition of All-Pro corner Patrick Peterson? While it was one of the most surprising moves of the offseason, it was also one of the most necessary. The team drastically needed a veteran presence at corner. Considering that they got one of the best cornerbacks of this decade, I think they succeeded.

Minnesota also signed Mackensie Alexander after a year with the Cincinnati Bengals, giving them a second corner with more experience than most of the cornerbacks on last year’s roster.

The secondary was the biggest problem last season. Sure, it didn’t help that Hunter was out, and the depth at defensive end was abysmal, but the lack of depth and experience at corner led to the Vikings allowing the fourth-most points in the NFL last season.

The other half of the story is the rush defense. It also ranked poorly last season, mainly due to injury and lack of depth. This was also addressed in the offseason by signing Dalvin Tomlinson, Nick Vigil, and Stephen Weatherly. There was more effort pursuing the defensive line than the offensive line. This was bewildering to some, but the offense wasn’t the worst aspect of the team last year, even though Minnesota is relying on two rookies to fill out the o-line.

In reality, the moves made at defensive end won’t be enough to vault the pass rush into elite territory. But the rush defense should be much better than last year, especially considering both Tomlinson and Pierce will play for the Vikings for the first time and are elite run-stoppers.

The defense will improve, but it will remain to be seen how much. As long as the offense keeps form and the offensive line isn’t bottom five in the league, this defense could keep the Vikings competitive all season long.

The fact remains that Zimmer is the longest-tenured head coach in the NFL without a Super Bowl victory. But, he’s shown that his defense has what it takes to get into the playoffs, and each (odd) year, they get a bit further and a little more experience. Hopefully, this year the trend continues. After a pandemic season, the team will get their chance at a run before they inevitably fall under the curse of an underwhelming season next year. If the legends hold true that is.

Matt Johnson is a University of Minnesota student studying journalism and media production. He was born and raised in Minnesota and is a die-hard Vikings fan.
All Articles
Vikings
3 Players Who Can Make or Break the Vikings Next Year
By Tanishka Mhaskar - Jun 16, 2021
Vikings
Sheldon Richardson Is a Perfect Fit as a Non-Starter
By Sam Ekstrom - Jun 16, 2021
Vikings